thursday is almost over.
the little one is long in bed... and making her dreaming noises.
i swear she dreams SO MUCH. and i'm not sure what makes her so sad in her dreams but her little cries pull at my heartstrings whenever i hear them. shouldn't babies dream of care bears, and furry puppies, and fluffy clouds...

today little miss and i finished putting away her laundry and cleaned her room. she played in her crib the whole time and every once in awhile she'd get really quiet. i'd turn around to check on her and poof... a little flutter of her bumper flipping back into place and a giggle. she was spying on me! peek-a-boo is currently one of her favorite games, although she much prefers to call it 'where's abby,' and she came up with a new way to play all on her own. 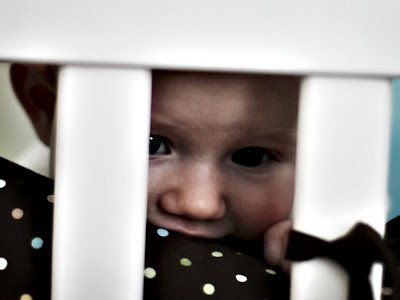 it took me forever to snap a few photos... camera ready, folding clothes on her changing table, then i'd hear a little giggle so i'd turn around quick to catch her and she'd pull back laughing. she only let her guard down for a second when during one round of the game she thought she'd try out the bumper as a teether.

the rest of the day was spent playing + napping (by the little one), and stitching, finger knitting, and a little frantic brainstorming as i came up with several valentine's day fails. 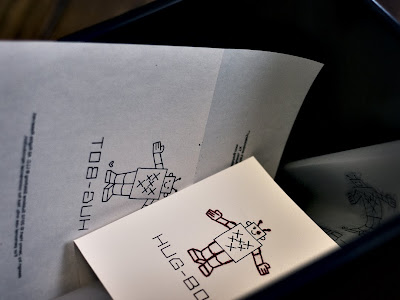 meet the hugbot. now this little guy is not an altogether fail. i'm sure i'll use him for something else at a later date. but as a stitched valentine's day card for the great-grandparents etc. i'm way over him. he may look great sitting in the bin but in reality he's messy and his eyes are torn... just an altogether hot mess. it's ok. my other stitched valentines are great (also patterns by sublime stitching but you'll have to wait to see them!) and i found some leftover valentine's that i never sent a few years ago that i still love and will work great for the ones i had to ditch. besides, the important part are the sweet photos i'm sending off to the family of abby.

my other fail was actually yesterday's failed garland... i was attempting to make a garland out of some cheap cheap foam conversation hearts that i found in the michaels $1 bin years and years ago. in theory my idea was great... in practice, not so much.

panic? nope. back to the drawing board. and i decided on a project that i have been wanting to do for awhile. i chose to do a finger knitted garland... 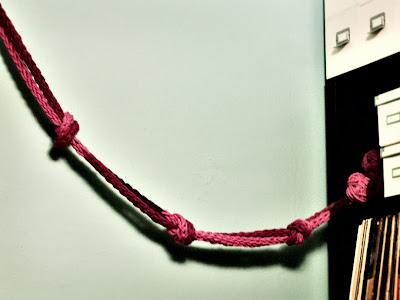 i love finger knitting. my grandma cisowski taught me to finger knit when i was young (i think probably to make up for not wanting/not having the patience to teach a lefty to crochet, but i digress). i used 3 chunky lion brand skeins that i had on hand... i'll give the specs and more info tomorrow when i do the real post on it.

after i finished the finger knitted garland i knew it wasn't enough so i'm actually working on a pennant garland to hang with it as well. i swear i'll have all of my decorations up by the 14th. maybe. 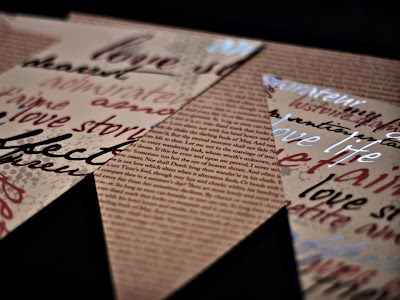 now it's just about friday... so happy.
less than 24hours and it's the weekend.
daddy time!

(and some mommy scrapbooking time too... it's long overdue!)

Hmm, I don't see any failures here. Is the little robot stitched? He's awesome!!
So glad to find your blog Meredith - your projects are so nice. What a little cutie pie, too!