hello friday!
it has been a great day so far...
took care of my workout this morning, keeping on my healthy eating...
drinking a ton of water and already feeling so good! (and sore)

during abby's early nap i was able to retake the photos of my layout for the sunday sketch challenge on the studio calico blog. i really love how this one turned out (another two pager? what's going on here?)... 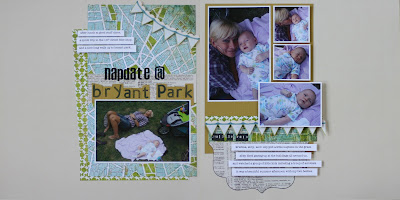 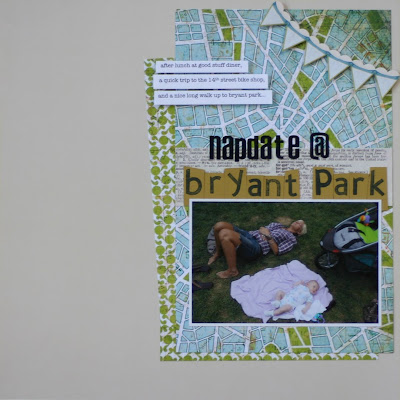 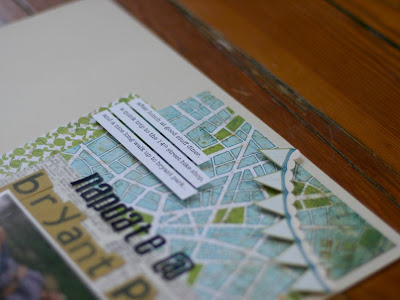 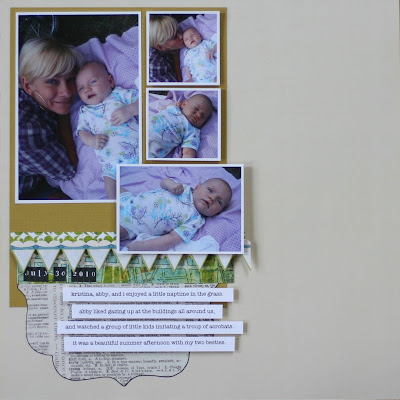 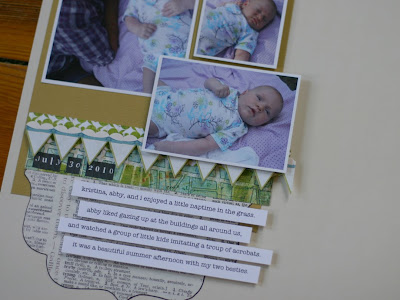 i again used the november 2010 SC kit napa valley. this kit is still available if you want to purchase one for yourself. i did add the base paper in from my stash. it's american crafts: blue skies: so happy together, the solid side. i have SO MUCH of this specific paper. i think i bought 4 or 5 packs of it when i was making abby's announcements and i still have a pack and a half left. (over buy much?)

i still have a ton of the napa valley kit left but the rest of it reads fall to me so i'm going to pack it back up until i am inspired to work with some of last year's fall photos. i really want to break out another one of my SC kits this weekend but i'm holding off. instead i want to switch gears and work on a few different things this weekend...

daily december: ugh. in know, nothing like working on 2010's daily december in march. i only got through the first week in real time last year... but i did continue to print out photos each day so now i want to go through and finish it up.

the "fail" glamour pattern: for the past five months i've been working on a knitting pattern with this...

i hate this yarn. it's been driving me crazy. i bought 9 skeins of it in topaz in order to knit a shrug pattern from lionbrand.com and the pattern was a total fail. even if i doubled the yarn it was TINY... and using bigger needles looks awful. so now i'm working on a new idea. sad part, this was supposed to be my sister's birthday present. her birthday was in february. i'm the worst sister ever.
so that's mostly what i want to accomplish this weekend... besides grocery shopping, daddy time, and hopefully some outside time. oh, and i have to groom roxy tomorrow morning. she's blowing her coat for spring and is starting to get SMELLY. i hate how all the old hair smells... yuck.

well, i had intended to talk about lent coming up... but little miss has decided i've spent enough time on the computer so i'm off to play and read a few books with her. my thoughts on the upcoming season will have to be saved for another day.

hope everyone has a great weekend!
love.

edit: after posting i realized i forgot a few things on the above layout that weren't in the SC kit. the tiny alphas are making memories and the ones above the stamped title are american crafts. the pennant banner cardstock stickers are sassafras lass indie girl. thanks!
Posted by Unknown at 2:13 PM

what a gorgeous page!!!

Excellent 2-pager! Love your mix of material. I still have that map paper from my Napa kit...need to polish that one off once and for all.
Sorry about your yarn fail. I hate when I get excited about a project and it doesn't work out :(

Awesome 2 pager! I like sc but have never bought a kit. Someday lol!

Your layout is awesome! Love the Napa kit!