Well I've been home since late late late Saturday night and spent Sunday and Monday sick as a dog! Right as I was leaving Cali I picked up the bug that the Melanson family had just gotten over so I've been a bit under the weather (while still very happy to be back in the Florida weather!) I'm feeling much better today and besides this plague-like cough I seem to be A-Okay....

However, I cannot say the same for my house which smells of fresh paint! Today is the last and final day of painting..... 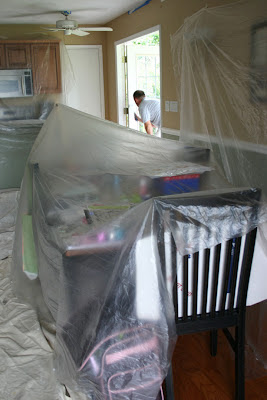 Unfortunately it's the day they finish the kitchen and dining room ceilings (after our waterfall in the kitchen incident last month) so my dining room/scrap table is out of commission until about 2pm! It's okay though because it gives me an excuse to clean up my office/studio which is where I really SHOULD be working. Plus these guys work hard and are out each afternoon so I won't lose hardly any time at all. It will be so nice to have everything freshly painted and finished. I don't know how much longer we'll be living here but I can't tell you how depressing it was to see Wilma Water Damage all over the house for the past year and a half. The house feels more alive now and so fresh and clean!

The dogs have been pretty stressed through this whole painting process and I totally felt bad for Joe having to deal with them alone for most of it. We tried having them upstairs but Roxy was driving Crystal insane and while she HATES the babygate at least she can sit and watch the painters do their thing.... 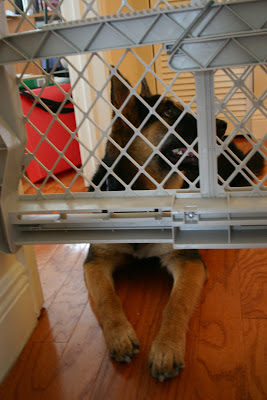 So while I'm waiting for things to get finished up I'm cleaning up my studio, putting away finished projects, and getting to work! I'm also working on editing some photos I took of Michelle and her kiddos on Valentines Day when we made the cutest cupcakes for Miss Chloe Lou's 5th Birthday! 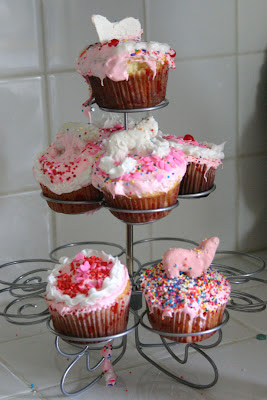 The kids made a mess but they did such a good job of decorating. I have a ton of cute pics but I don't want to post any of the kids until I get permission from mama and have given them to her first!

I'm up to host the DT Challenge over at A Million Memories so be sure to go check it out. It's all about using those "Not So New" Scrapping Supplies in new and creative ways. I got the idea for this challenge from the new Ask The Masters! book by the Memory Makers Masters. It's a great book and I will be reviewing it and the other million books I picked up at CHA soon soon soon.

I'm getting closer to my...

So in just a bit Ali is picking me up to take me to the airport! Then I'll be landing in SW Florida by about midnight. I've have such an awesome time here with my amazing friends... but it will be so nice to give Joey and big hug and kiss and get jumped on by my puppies.

But this time I'm so on it! I've been totally rejeuvenated after this trip and I'm so excited to get back to playing with my scrap goodies and working on new projects. I'm hoping to totally revamp my blog in the next few weeks and will be resuming my inspiration posts to share all the wonderful www destinations I travel to every day.

AND .... check back soon for VIDEO! Yup, I'm going to have Joey turn the camera on me this time to do some prodect demos of some of the fun items we got to play with at CHA! I'm hoping to spotlight Tattered Angels and some Flocking Fun in my first two videos for A Million Memories. So be sure to keep an eye out!

Well I'm off to finish packing!

It's been a crazy week and I'm so ready to get home to be with my hubby and puppies!  CHA was really great.  AMM took several people this year so it was so nice to just hang back and take in all the yummy goodness!
I get home on Saturday (staying with the fabulous Alison of AMM) and I can't wait to dive back into scrapping and creating!  I may have been at a loss of mojo BEFORE CHA but now I'm totally energized and ready to go!
One of the awesome groups we met at CHA this year was the awesome girls from Craft Critique.  They are a great blog full of industry releases and reviews and they have some amazing things planned.  Be sure to check out their site and see all the cool CHA reviews and favorites!
Oh... and they gave me Hot Shirt of the Day... lol!
Okay... my laptop is going nuts on me right now and won't let me post the pic b/c I forgot my mouse at home.  But in a few days this blog will be rockin' with pics, stuff to share, and GIVEAWAYS!
Yup, I said it... I'm going to be starting my very first blog RAKs and giveaways.  I have a ton of great stuff I've been putting together so you won't want to miss it!
And....
HAPPY VALENTINES DAY!
I'm so lonely without my best friend and hubby but we are going to celebrate a be-lated v-day together as soon as I get home.  I love you Joey!
Posted by Unknown at 11:21 AM 0 comments 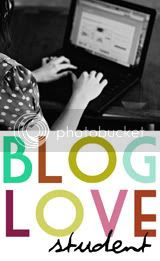